Why take a course?

In the caves flooded with water, there is a completely new world, where you can immerse yourself in your closed-circuit rebrider. Flooded huge chambers filled with perfectly clear water, long corridors, the entrances of which are defended by strong currents and unusual dripstone forms, which were created before the cave was filled with water. The possibility of diving in underwater caves is a rare opportunity to experience a completely new dimension of the underwater world, very different from that which delights in tropical seas or on wrecks. During the training you will learn how to make the most of your unit during cave penetration dives. Perhaps it is in the caves that you will discover your diving passion?

What will you learn?

The IDF CCR Cave Diver course is a very intensive training consisting not only of diving classes and theory, but also surface workshops. During the course you will gain valuable knowledge about the construction and formation of caves, but also about the dangers that occur in diving under the ceiling. In addition, we want you to understand very well the stress that cave divers are subject to and to be able to control it. During the workshop classes you will also take care of the configuration of the equipment so that each element of the equipment is adapted to the characteristics of cave diving and meets your needs. Still on the surface, you will practice the methods of using gudelines and reel handling and emergency response such as entanglement in a line, loss of visibility or lack of gas. During the training dives, some of which will take place under the ceiling, you will practice these skills – to lay the guideline, to move on the guideline in a team, or to return in conditions of lack of visibility and lighting failure. New skills, including rescue, will help you to efficiently assess the risk of your planned dives and use your newly acquired qualifications wisely.

What do you need to start?

What is the course?

4 dives with a total duration of at least 240 minutes, of which at least 2 dives should take place in a cave or flooded anthropogenic facility

Compatible with the current student's qualifications and within no-decompression limits, additionally, no diving must take place more than 200 meters from the exit.

Online test filled in electronically after logging into the student's panel

What will you be entitled to after the course?

Upon completion of the IDF CCR Cave Diver course, you will be eligible to dive in nonrestricted caves, equipped with a fixed guideline, at a distance from the exit of no more than 200 meters, using the rebreather model on which the training took place.

Upon completion of the training, you will receive an internationally recognised certificate confirming your qualifications. It is a plastic card with a unique number and watermark. In addition, you will have lifelong access to an individual panel on the IDF website, where your certificate will always be available in electronic form - in case you ever forget to take the original with you for diving. 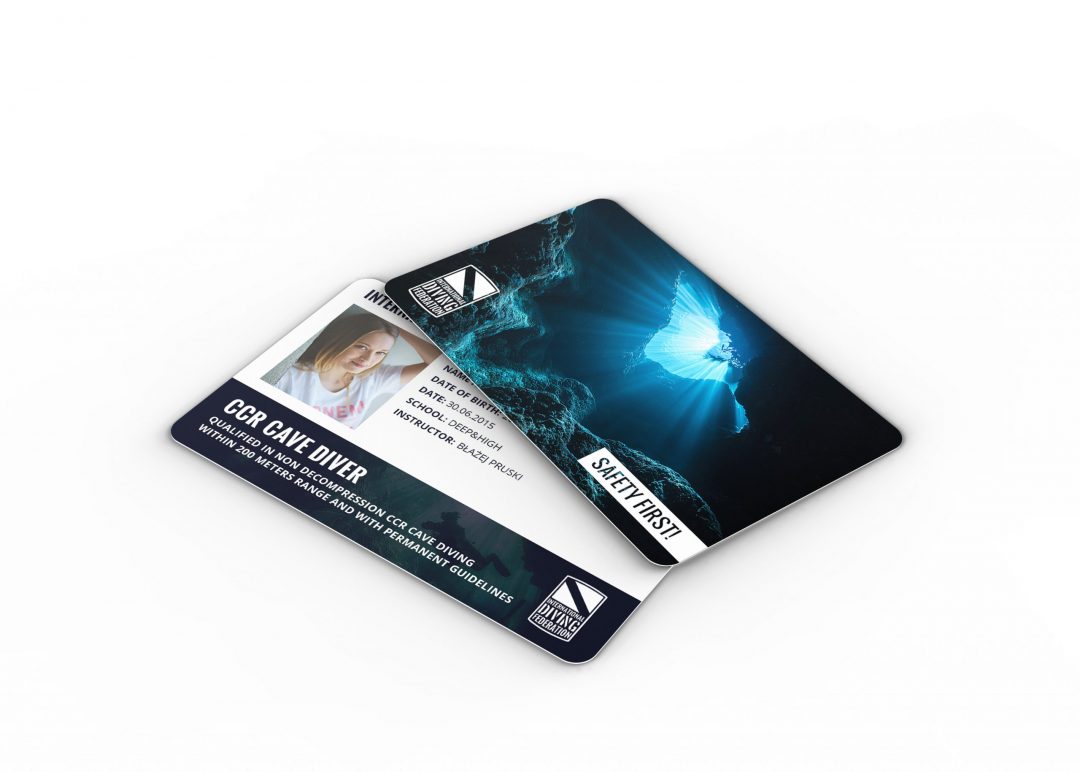